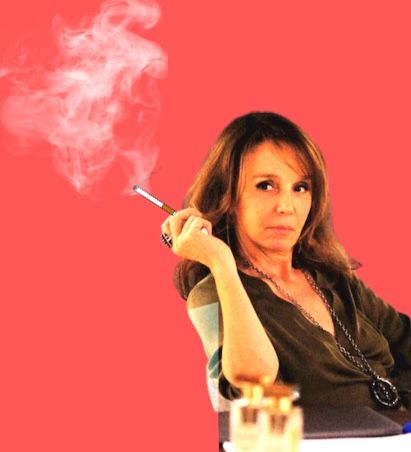 The Crush Letter No. 94: Sylvie Grateau Sizzles in Emily In Paris

I'm Dish and I write a weekly newsletter about culture, life and love for those over 40.  Because midlife is so much cooler than they said it would be. Also, it's complicated. Let's discuss. Hell yes, sign me up for the Dish.

The Emily in Paris franchise power-dropped its latest season on Netflix on December 21st, perfectly timed for holiday bingeing. Based on the socials, that’s what a lot of you have been doing. Unsure whether this confection is for you? So was I. It’s light, it’s mostly predictable and Emily’s style is evolving more questionably than her poor French language skills. But I indulged in order to report back to you.

I’m here to tell you that there’s one surprising reason to watch Emily in Paris. It’s not Emily.

'Merci’!' to Emily In Paris for One of the Most Riveting Women in Pop Culture. Sylvie. By Dish Stanley

Yes, we've seen other compelling women over 50 in major shows. But in Season 3 of Emily In Paris, Sylvie becomes a multi-faceted stick of dynamite, and one of the most riveting women to watch on television.

Women of a certain age finally got the sex in the city we were looking for. It was not from Carrie, Charlotte, Miranda (or Samantha of course), and not in New York. Nor was it from the Darren Star series we expected to find it in, notwithstanding the love-hate relationship we’ve developed with the Sex and the City series.

Sylvie Grateau, the French advertising powerhouse from Emily In Paris, was the unexpected delight we got this holiday season. She’s the reason to partake in Season 3 of what is otherwise a light confection sprinkled with powdered sugar in the form of picture-perfect postcards of the City of Light. (Which postcards, admittedly, are magnifique!)

In Season 3 Sylvie’s role evolves from the thinly sketched archetype and side character she was in Season 1. A stereotypical female boss with a predictable frosty French attitude toward the ebullient and colorful young American, Emily. She has developed into a multi-faceted stick of dynamite who is at once ruthless, arrogant, principled, selfish, loving, vulnerable, chic and a purely French femme fatale. Admired, sought after, feared, she rose to the level of legit co-star, outshining Emily. Quelle surprise!

Yes, we have seen other riveting women over 50 in major shows. I've written about On the Verge, the sitcom written by French actress Julie Delpy. It loosely depicts four female friends of a certain age living in Los Angeles played by a recognizable list of talented actresses:  Delpy as a French-American chef/restauranteur, Elisabeth Shue as a clothing designer, Sarah Jones as an anxious empty nester, and Alexia Landeau as an unemployed flake. They deal with a barrage of midlife shit of the kind many of us face, and serious topics are taken up (empty marriages, empty nests, empty bank accounts, etc., etc.), but with a light touch. Maybe it is because it features a quartet, but no one strong character emerged from Season 1 as enthralling as Sylvia. Plans for a second season are murky.

And of course there is Gerri Kellman, Waystar's middle-aged, maternal General Counsel with a "Sister Superior Nun" vibe from Succession. The prospect of watching a  full-fledged sexual relationship develop between her and Roman Roy, Logan's spoiled and immature youngest son, was a tantalizing story thread. As deliciously twisted as that prospect was, it petered out rather than exploded. "I am quite a successful person, Roman" said Gerri "and I remain so by avoiding mess." Beyond this side story that went soft, Gerri is never fully fleshed out.

In contrast, Sylvie’s storyline in Season 3 took center stage. She launched her own agency, then confronted the crux issue facing founders of early-stage companies everywhere — choosing between her principles or a make-or-break major client. Sylvie also master-minded a ruthless yet comical strategy to take over coveted office space in habited by none other than Emily and her Savoir boss, Madeline. On the personal front she juggled advances from her significantly younger lover as well as her husband in what develops into an intriguing love triangle. Sylvie and her husband have an unconventional marriage. "I don't want a hundred percent of anyone," Sylvie tells Emily, "and I don't want anyone to have a hundred percent of me." Personally and professionally, Sylvie plays by her own rules. That, along with her sharp elbows and ruthlessness, make her character so compelling.

And did I say chic? Sylvie's style is elegant, pared down, glamorous, drop-dead sexy and at once classic and forward-leaning. Her style is of a piece with her character, a powerful statement that sums up her complexity with a decisive exclamation point. Even when she is dressed provocatively or in avant-garde designer clothing, she wears the clothes, they do not wear her. Contrast that with Emily's costumes, which are fun, young and outrageous, but also overpowering. They underscore her youthful indecisiveness and not-yet-fully-formed ability to take control of her life personally or professionally. (And are, by the way, entirely appropriate for the life stage Emily is at. I say this having myself moved to Manhattan out-of-nowhere right out of college and made my own slew of questionable fashion (and other) decisions.)

Sylvie strikes you as a woman looking to be the best version of herself, but her best version does not translate into the version of her in her 20s, 30s, or 40s. Whatever she is having done behind closed doors, if anything at all (Parisian women are said to have fewer cosmetic procedures than Americans and when they do, seek a much gentler, more natural outcome). Her face does not look stretched, plumped, or overly made-up. Sylvie's look — makeup, hair, features — are decidedly natural and relaxed. It is irresistibly not "anti-aging." She owns her sophistication, maturity, smokiness and grace as much as she does every other element of her life. Part of that no doubt is that she represents the French approach to “effortless” beauty and style (which we wrote about in The Crush Letter No 15, reshared below), but her style is distinctively her own.

Is Sylvie’s look attainable for most of us? Absolutely not. I couldn't pull off walking the three feet from from my cocktail bar to my club chair in her infamous hot pink boots . But that’s the point, too. Like Anna Wintour, Sylvie’s image lies in the territory above “aspirational.” We mere mortals are not supposed to look like a queen at the pinnacle of the intersection of style and business. They are queens for a reason.

And so just like that, Sylvie appeared out of nowhere in a pop culture vehicle meant to showcase the transformation of a post-college career woman in Paris and steals the show. Leroy-Beaulieu has said in interviews that she was originally told by the casting director that she was too old to play the part. At 59, Leroy-Beaulieu wasn’t the age, or the star, the show's creators originally intended. So when I say stole the show, she quite literally did, on multiple levels. She is one of the most riveting women on television of any age.

A tired trope that is mercifully side-stepped in Emily In Paris is that of the older female star who envies and undercuts her female competition specifically because of the younger vixen's beauty and sexual power. For one thing, I'd argue that Sylvie is sexier, in her sensual, slinky skirts and tops with deep slits and plunging necklines. She is also more sexually sought after than Emily. While Emily's love life had her competing for her girlfriend's boyfriend, Sylvie fends off two men. Including, notably, a much younger, talented, handsome photographer. The show conveniently relies on the stereotype of the haughty, closed-off, cultured French versus the bold, open, friendly, language-challenged American as the primary reason for Sylvie's coldness toward Emily (and notably, Emily's boss at Savoir, Madeline as well). A French-American culture clash is a cliche I am happy to embrace where, as here, it rescues us from a simplistic (it is a sitcom after all) version of the All About Eve story we've seen altogether too much of. (As honest as it might be {sigh}.)

You may recall that after the release of the disappointing And Just Like That, I predicted the mass migration of 50+-year-old women to London. Not to partake in crumpets and tea with the Queen Consort but rather, on the advice of our favorite SATC character, Samantha, whose storyline had her living there precisely because “Sexy sirens in their sixties are still viable there.” But what's much better than going to London – or Paris – for that matter?  Feeling irresistible right where we're at. Sylvie inspires us to feel that.

Watching Sylvie in Emily In Paris made me realize why And Just Like That stung so much. In The Crush Letter No 50 Jeanne Bosse wrote about how unrecognizable the characters had become from their former selves. Samantha abruptly cutting off her friends over losing Carrie's publicist work would never happen. Miranda became a shadow of her former self, making one out-of-touch gaffe after another. Charlotte went from prissy but loving to shrill, self-absorbed and narrow-minded. Carrie spends most of her time "all about me," ignoring Miranda's deeply felt unhappiness.

These women we had so much invested in lost core parts of themselves as they turned a certain age. That was how they were depicted. Out-of-touch, self-absorbed, overly critical. Unrecognizable. And that is our biggest, deepest fear. That the world will lose sight of us, and in so doing we will lose ourselves. Our elemental selves. Isn't that what becoming invisible means, afterall? That we might feel as vital, curious, beautiful, daring, joyful, awake and sexy as we ever were but the lense through which we are viewed turns us into muted shades of decaying gray.

Sylvie's arc is just the opposite. She expands rather diminishes. She sizzles, not fades. She is anything but invisible.

Personally, she has made me want to turn 59. Which is going to happen, whether that’s a trip I want to take, or not. Oui! to Sylvie for that.

Coming up soon in The Crush Letter: Equal parts ode and how-to, a report on my very recent trip to Paris for our new This Must Be the Place column launched by Bob Guccione, Jr. Here's a spoiler if you are in the throes of research on the City of Light right now: the most up-to-date, relevant and practical guide you can get your hands on for planning a stylish trip to Paris is @habituallychic's The Paris Guide. Here is how to get it.

Other articles you'll love from PrimeCrush!

If you're new here (welcome!), I'm Dish, the Master of Ceremonies. For more about me and why we're here go here.

The Crush Letter No. 94French Kiss: French Girls Do It Better, Right?And Just Like That... Who Are These People?? By Jeanne BosseThis must be the place