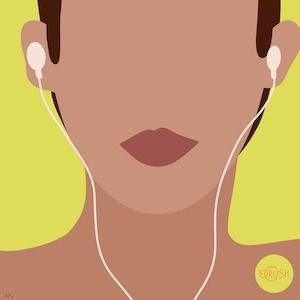 The Rise of the Contented Midlife Solo. By Dish Stanley

You May Be Single, But You’re Not Alone.

Almost half of the adult population in the U.S. is unmarried, a 10% increase since 1970. You can stop asking them if “they’ve met anyone special yet” because it’s rude, and there’s a good chance they’re not looking.

Being a “contented solo” is having a moment. Living alone, historically, was never chosen; rather, being single was a status one endured, or was subjected to—or so the thinking went. While the broad assumptions still endure that those who are permanently partnered up are happier, there are signs that we are embarking on an era when partnering up isn’t consistently and mistakenly conflated with living a fuller life.  And that’s a good thing.

If we lived in a world with less societal pressure for partnering up (and multiplying), more people would have the space to choose the path leading to their most abundant life. Abundance for some people might mean the opportunity to devote more of themselves to creating a masterpiece, whether that takes the form of art, science, service, or simply greater dedication to the community or friends and family. Don’t get me wrong, creating a happy marriage and family is a masterpiece. It’s just that it takes a lot of time and compromise, and it’s not the masterpiece everyone wants to (or should) create.

There is a lingering idea, a harmful and sometimes painful notion to those who are solo, that love will find you if only you open your heart to it.  Or if you just work a little harder to find it. Or compromise a lot more. It implies that your life is “less” if you are not partnered— less full, less loving, and less secure. It projects one’s own needs and preferences, which align with societal convention, onto everyone.  For those solo by choice, it ignores the fact that love has already found them. It’s just not in the form of making a single romantic partner the organizing principle and priority of their life. They love another way of living, where they can devote time and energy to other pursuits and passions. And it goes without saying, they love themselves enough to choose a lifestyle that aligns with their values.

What’s currently on the rise is the contented midlife solo. Living solo by choice.  Someone who is solo isn’t necessarily searching. They’re content without a relationship, able to fully appreciate the upsides of their status.

Single people enjoy an expanse of time to cherish and indulge their friendships and family relationships in a way that eludes parents and people in relationships. Because solos don’t have “built-in” company and support, they can’t coast when it comes to their friendships. They put the effort in, make them an important part of their lives and get the benefits that come from friendships that are real and actively tended to. They build close, deep, and reliable friendships. They very likely have whatever kind and level of committed (or less so) romantic liaisons they seek — whether that’s with a friend, regular lover, or ex — arrangements are easier to come by than ever today. And they have the time to become the sort of critical “backbone” members of the communities they are involved in that integrate them into social structures. For those reasons, many solos feel very socially fulfilled. They do not fit the inaccurate and outdated stereotype: “one is the loneliest number.”

And solo status, I contend, is probably the right choice for those of us who are workaholics. If it’s not a top priority to give quality time and attention to the partner (or children) you’re considering committing to, it’s probably better not to commit to them. Hustle culture has been pervasive for decades, but just because it is common and too often tolerated does not mean it is compatible with being part of a couple. I would far rather be alone than with a partner who only has tiny slices of leftover time for me (in an exhausted state). Been there, done that. Too often to count. And, on the flip side, in periods when I’ve been wrapped up in my pursuits (whether that is excessive work, travel or golf), I’d rather be single than full of heartbreak and guilt over letting someone I care about down.

“Marriage is overprescribed,” says Peter McGraw, a professor at the University of Colorado and expert on the rise of singles in the U.S. There are 128 million unmarried adults in the U.S., according to McGraw, which is 50% of the adult population. From 1970 to 2020, the number of unmarried adults rose from 36% to a whopping 48%.

In The Crush Letter No. 27, we recommended McGraw’s podcast, SOLO: The Single Person’s Guide to a Remarkable Life, and his Unapologetically Unattached Instagram, where you’ll find a community where singleness is celebrated. The pursuit of less conventional goals over partnership and family is applauded. It’s not an anti-marriage movement, but it’s a movement that recognizes the need for life paths that don’t involve a plus-one.

The popularity of solitude during midlife isn’t likely to subside. The increasing visibility of shamelessly single people has helped turn the idea of being alone into something viable, respectable, and even artistic. After all, the poems are written about those who take the road less traveled—not the masses clogging the well-trodden path.

To get all of us, subscribe.The rise of the contended midlife solosingle"Don't Touch My Hat.*" Midlife Men & Loneliness