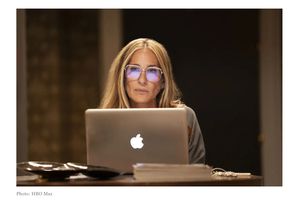 And Just Like… Who Are These People?? By Jeanne Bosse

A PrimeCrush roundup of the series everyone’s talking about—and still scratching their heads over--the just-concluded: HBO Max’s ‘And Just Like That...’

With much history invested in the Sex and the City characters, it was inevitable I would watch And Just Like That… And, like so many others, I have strong reactions. Here are a chosen few:

The excuse for Samantha Jones’ absence is bogus. The entrepreneur Samantha would have respected Carrie’s economic decision to dispense with a full-time publicist. Always the ego-booster, Samantha would not have left the country and ended contact with her friends.

Why is 55 suddenly “old”?? Repeated references to “old school”, Harry’s colonoscopy, a visit to a plastic surgeon? Is that how the writers and producers view 55-year-old women?

Why can’t diversity be the norm?? AJLT’s diversity introduction was largely heavy-handed. Miranda was suddenly tongue-tied and tone-deaf. Charlotte is frantic at having only one couple of color to invite to dinner. Hitting us over the head with the challah. The Holocaust reference by Anthony’s instantly ex-friend airing on International Holocaust Remembrance Day.

Strong women don’t need to be male bashers. Steve is now deaf, inarticulate, and bumbling. Miranda suddenly wants some action in the kitchen, then dismisses Steve when he is distracted by a text alert of a staffing problem at his bar. Peevishly, Miranda takes that as a sign that their marriage is dead. Charlotte is concerned about the uber-successful divorce lawyer Harry bringing his “A Game” to the Wexleys’ party. Charlotte roughly knocking Harry down on the tennis court, and referencing Demi Lovato’s “Sorry Not Sorry”?!  Miranda and Charlotte seem to have forgotten that a strong, confident woman needn’t deflate her male partner for self-affirmation.

Che Diaz?!  I wanted to like the non-binary Che as they are portrayed by the talented Sara Ramirez. In addition to a Kim Jong-un-like appearance, they carry a weed pipe to a funeral, giving a hit to a teenager. Che brings weed and tequila in an unannounced visit to their employee, Carrie, recovering from surgery. Che fills the apartment with smoke, performs a sex act on Miranda in the kitchen, inviting her to DM them on Instagram. Che selfishly explains their failure to reply due to a large volume of DMs and weed. (If a male character did this he would be pilloried.)  Che informs Miranda about their sudden move to L.A. publicly and in a manner that was confusing and insensitive to Miranda.  My favorite reaction to this “comedian” is a meme featuring Che and Mikhail Baryshnikov’s Aleksandr Petrovsky with his quizzical: “You are…comic?”; echoing his first appearance in SATC.

Where is Miranda Hobbes? The confident, erudite attorney is a shadow of her former self. In full “white savior” mode, Miranda has to be told by her professor, Nya; “This isn’t To Kill a Mockingbird”. Miranda’s infatuation with Che is continually cringe-worthy, especially her unannounced visit, explaining, “I was craving some Che”. Even in my deluded, love-sick moments, I have never uttered such drivel! Miranda, a Harvard Law graduate, screeches with dismay at Che’s being less than thrilled to see her. While Miranda raged at Steve, leaving him after a previous one-night stand, she now serenely advises him their marriage is over. And, just thinking of Che; no mention of their son.

Charlotte is even more irritating… SATC Charlotte was annoying; prissy, judgmental, Park Avenue Princess. Harry made her more likable and their happiness was endearing. AJLT Charlotte is excessively shrill, more self-absorbed, and out-of-touch.  After Big’s death, she makes Carrie uncomfortable with hysterical guilt that Carrie chose to go to Lily’s recital. And, Charlotte was childishly jealous of Stanford Blatch. Kudos though, for eventually accepting her child’s announced non-binary status; assuring Harry that he is a wonderful father and being Bat Mitzvahed after Rock drops out of the “They Mitzvah”.

Strange that Carrie is the calm, sane one… After all the Carrie/Big angst, their marriage is happy before Big’s death.  While Carrie is navigating her world without Big, she does revert to “all about me” when Miranda details her unhappiness.  She redeems herself by finally supporting Miranda’s decision to follow Che to California.  And by not reminding Miranda how she screamed and fumed when Carrie joined Petrovsky in Paris. But, the spontaneous ending kiss with Franklyn definitely had that “za za zu”!

Thank you, Anthony Marentino! In AJLT, Anthony has hilarious interactions with his “Hot Fellas Baked Goods” staff. After Stanford’s departure to Tokyo, Anthony has the snappiest dialogue. “If we are being honest, using ‘hip’ as an adjective is knock-knock-knocking on the nursing home door”. A spin-off is called for with Anthony as the star. Think about it, HBO Max!

To get all of us, subscribe.And Just Like That... Who Are These People?? By Jeanne Bosse