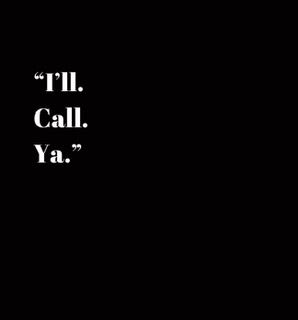 One writer beautifully recalls meeting her cameraman husband on her film “Mr. Wonderful,” creating a lifelong love story—on the set of a love story.

He was the cameraman.
I was the girl screenwriter.

It was September, the beginning of Labor Day weekend, September 4th -7th, 1992.

We met on the movie.

It was, you know, movie magic, and he said those three little magic words after we shared a few hours and a couple of drinks at a dive bar on Amsterdam Avenue with a great jukebox that played Van Morrison and k.d. lang and Lou Reed and Marvin Gaye. He said and I'm quoting: "I'll call ya."

As always, I digress.

I was Velcro-ed to my landline during the long, long Labor Day weekend. I refused to leave my apartment. In my mind, my oh-so-fucking-vivid-imagination, he—Ke —was partying and drinking and carousing and having tons of sex with unnamed women with long legs and short names who he was picking up at bars. For that one weekend, I was playing a duet—Vicki Carr and Ray Milland, Oh dear God it must be him—while nursing White Russians (the drink, not men).

I mustered my courage and showed up on the set Tuesday at around lunch hour so as not to cause too much of a scene.

He was high up on a crane over the 59th Street bridge, having just finished a shot.

I stood there, hands planted firmly on my hips and in a loud voice, a hair short of a guttural shrill, in front of, yes, the entire cast and crew and catering, shouted up to him that he had lied to me, "You, up there on the crane, you lied to me, and I thought you were different from other men. You said you were gonna call and you didn't call, and I pegged you wrong, buddy. So, fuck you. Fuck you hard."

The director, Anthony Minghella—may he rest in power and peace— laughed uproariously, and said out loud, "You, my dear funny Amy, have a set of platinum balls." It was right then and there that I knew that platinum was much more valuable than gold.

It took him about, oh, two minutes, and then he said, "I'll never do that again."

He's called me ever since.

Take me back to The Crush Letter No 97

To get all of us, subscribe.Movie Magic. By Amy Ferris