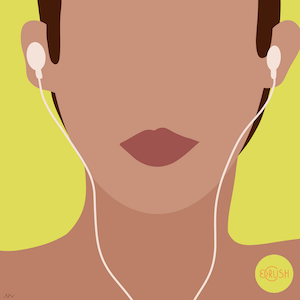 When Crush Reader Deirdre asked for a complete list of all the podcasts we've recommended since the first issue of The Crush Letter (26 Letters ago! Whew!)  Dish pulled it together for everyone. Enjoy!

Episode:  Why Don't You Just F*ck Someone on Tinder?" Everything Is Fine is a series for women on life over 40, hosted by Kim France and Jennifer Rommolini.  It is the best at what it does, which is offer up an honest, interesting, explicit look at everything in life that their sophisticated and urbane over 40 audience might be interested in.  France had a long career in magazines (including as the Founder of Lucky Magazine) before launching her blog Girls of A Certain Age about how "to look chic and distinctive and sexy." In this episode they speak with Nancy Jo Sales, author of Nothing Personal: My Secret Life in the Dating App Inferno. It's a sobering look at dating for women over 40, but (like all the EIF episodes) it's also the enjoyable experience of sitting in on a conversation with some very smart, sophisticated women who have a great sense of humor and an even greater understanding of whatever cultural moment we are living through. Listen here

Episode: How to Have A Happy Marriage with Marlo Thomas.  In this episode France and Romolini interview Marlo Thomas (the co-host with her husband Phil Donahue of Double Dates) to get the broad view on what makes a happy marriage.  There are some recurring themes, according to Thomas, to longstanding, happy marriages:  understanding that sometimes, with some issues, you have to choose to be happy rather than right; dropping the petty things that bug you; both people have to really want to be in it for the long haul and willing to do the work; and lots of sex.  For me the best quote from the episode is Marlo Thomas talking about why she waited until the age of 42 and meeting Phil Donahue before getting married:  "I thought that marriage was not a roomy enough place for two whole people. That marrige was a place for 1 and 1/2 persons was my theory. The 1 person (either male or female) was the one who had the dream and was following the dream, and the other person {eg, the "half} was their manager, the quiet spouse."

If you're not as into the enjoyable banter between friends France and Rommolini as I am, you can get right to the married/Marlo piece at around 10:30. Listen here.

Additional recent episodes worth listening to: What a Mid-Life Crisis Really Looks Like and From Young & Traumatized in Hollywood to Joyfully Middle Aged with Rei Hance (aka Heather Locklear).

Episode: Normalizing Emotion on Men, Emotion & Midlife Friendship. In our favorite episode of this podcast, Gerstandt interviews Broc Edwards in an episode on midlife men Normalizing Emotion.  “Men can express a couple of emotions. I can be angry. I can be horny. I can be confident. That’s about it.”  Normalizing Emotion is a wide-ranging exploration of themes of core male identity, male friendship, mental health (particularly loneliness) and the struggle many 50+year old men in America have expressing a healthy range of emotion. Their conversation was sparked by a video Gerstandt released on YouTube in the wake of his own divorce and father’s suicide. Listen here

In addition to Edward's Midlife Mastery episode "Normalizing Emotion," I recommend listening to Guys, We Have A Problem from the podcast Hidden Brain, The Hidden Tragedy of Male Loneliness from the podcast The Art of Manliness. I also especially appreciated Peter McGraw's conversation with Rhaina Cohen on his podcast episode "Making Friends The Center of Life."

Episode: Making Friends the Center of Life.  McGraw is an advocate for a solo lifestyle and host of the podcast SOLO: The Single Person's Guide To A Remarkable Life. The series explores a full range of ideas and issues surrounding living life as a committed solo.  He shares the statistics that half of Americans are not interested in a committed relationship, yet single life is almost invisible and treated like anomoly.  As someone whose life is not centered around marriage or children (by choice), his friendships (with men and women) have a special status. In this episode McGraw, a hetero white midlife man, takes on the "one-two punch of homophobia and hypermasculinity that make it difficult for men to be vulnerable enough" to have close male friendships.  He provides a powerful model of male friendships and offers an important and distinct perspective on friendships generally.  Listen here.

Episode Favorite: The Power of Seeking No Power with Timothy Krieder.  "Power? No thanks, I'm Good."  Solo is the thoughtful podcast series hosted by Peter McGraw on "the single person's guide to a remarkable life."  In this episode McGraw speaks wth Timothy Krieder, a writer and cartoonist, who explains why the freedom to say what he thinks and to command his own time is all the power he needs.  This episode raises the stakes on defining what power is - and argues that giving up opportunities to pursue power in order to gain freedom is a power in and of itself. Listen here.

Other favorite episodes dive into subjects like unconventional marriages and getting off the "relationship escalator."

Best friends Molly and Nikki take us along for the ride as Molly discovers she has terminal cancer, leaves her unhappy marriage and reclaims her life and body through a series of sexual adventures.  This fascinating, humorous and eye-opening podcast is so many things-- it is about how you face off with death, the primacy of longstanding friendships and the beauty and significance of even passing intimate connections. More than anything else though, it is about the power and healing of a woman through her sexual awakening. Dying for Sex received a well-earned inaugural Award for Excellence in Audio (An "Ambie").  Listen here.

Hosted by three old friends from University of North Carolina – San Diego Padres baseball scout Kimball Crossley, Chicago Sun-Times and Forbes.com writer Mike Beradino and UNC journalism professor Tim Crothers – this sports podcast offers both deep-in-the-weeds coverage of current events and quirky, philosophical and values-driven takes on the meaning of sports.  Their discussions often sit at the nexus of where athletic accomplishment, character and heart meet capitalism.  Go for the sports talk, stay to witness the great camaraderie, respect and friendship these guys share from years of friendship.  I love these guys, and witnessing the gentle rubbing they give each other when they disagree, which they often do.

In the latest, Crossley, who refers to himself tongue-and-cheek as a "thinking man's sports fan" offers his own lyrical derision of the NFL's announcement of a 17-game regular season to the tune of Janis Ian's "Seventeen."  Appropriate apologies to Ian are included (and required).  Adding to the fun, at least one, if not both, of the other two are not familiar with Ian's classic.  {Sigh.}  (NB: Ian says that she wrote the song at a time when she was "really weird looking" which is reason enough to love it.  Here's a good live version.)

Best lines:  "Remember those who win the game / Still end up living lives with pain / With team doctors of poor quality / Who misdiagnose encephalopathy"

Voyeurism at its finest. Host Ben Hamm hears first-time confessions that will have you on the edge of your fainting couch.  From the law school drop-out who faked speaking German to become an international flight attendant, to the housewife secretly selling photos of her feet, it’ll make you wonder whether you truly know even your closest loved ones. Start with our favorite episodes: #76 "Celebrity Chicken Caper," #128 "Fetish," #117 "The Takedown," and #60 "My Secret Career.' And (in case it's helpful) if I had it to do over, I'd pass on #146 "Reckless," and #137 "TORCH."  Listen here

You may or may not know that Marlo Thomas and Phil Donahue have been married over 40 years.  And that they host a podcast called Double Date where they "drop in" on famous couples who have had long marriages, Ray & Ann Romano, Rob & Michele Reiner, Michael J. Fox & Tracy Pollan, to name a few.  You can pick something up from every episode. Listen here

Our SIP series offers up the best lines from the best episodes of some of our favorites podcasts, starting with Double Dates.  You can read our SIPS of the Double Date episodes featuring John McEnroe & Patty Smith and Viola Davis & Julius Tennon here.  (We've got Sting & Trudie Styler, Neil Patrick Harris & David Burtka, Rob & Michele Reiner, Ted Danson & Mary Steenburgen coming up next.)

Is about much more than just sex - good or bad.  Because sex is much more than just sex.  It is ultimately about a lot of really important qualities and experiences, like empathy.  Good Sex episodes offer a series of half hour opportunities to rummage around in somebody else's most intimate desires, conquests, linergie drawer (whatever).  In one of my favorites, the comedian Luis Galilei shares the ups and downs on the sex expectations on Latin Lovers.  Listen here.

Stefania Romeo and Katherine Griffiths, This Life Explains It All

Their Science of Happiness episode features Dr. Catherine A. Sanderson, Chair of the Psychology Department at Amherst College and author The Postive Shift: Mastering Mindset to Improve Happiness, Health and Longetivity. In this conversation Dr. Sanderson shares relatable, actionable insight and tips on how to be happier. She answers questions like: How much of your happiness is in your control? How much of it is predetermined? And how do shift your mindset when you are not predisposed towards looking at the bright side? How do you reframe anxiety? The power of placebo and mindset on health. There's been a lot out there about how to be happier, but this episode makes it stick.  Listen here.

WSJ's Anne Tergesen on Getting Thru Relationship Conflicts Over How to Invest for Retirement.

As we all know, financial matters can be a major stresser in many relationships.  In this episode of WSJ's Your Money Briefing Terfesen focuses on the respective risk tolerances of the two people in a partnership, touches on how their respective personal histories might contribute to that and offers ways to manage through those differences.  She underscores the importance of both partners being involved in the decision-making around financial matters that are critical to security. Listen here.

If you crave all things Italian, then listen while NPR’s Sylvia Poggioli uncovers the wonder of Trieste. Best line: “Being a Triestina today means being an open-minded and unbiased person because you are raised in a city in which you see people from all the different parts of the world that speak different languages, and you appreciate the diversity around you.”  Listen here. 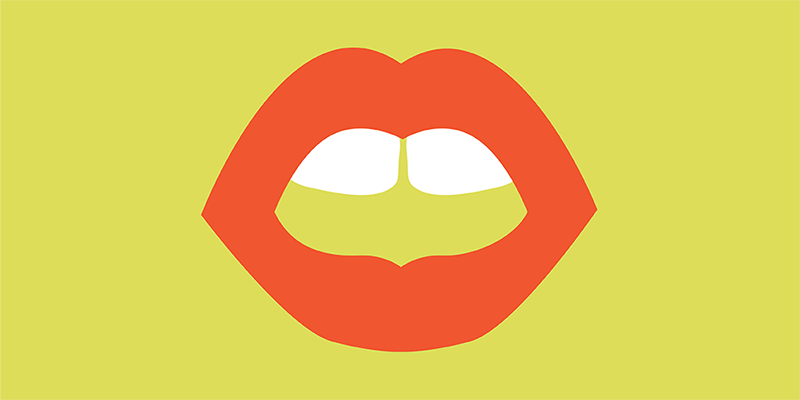 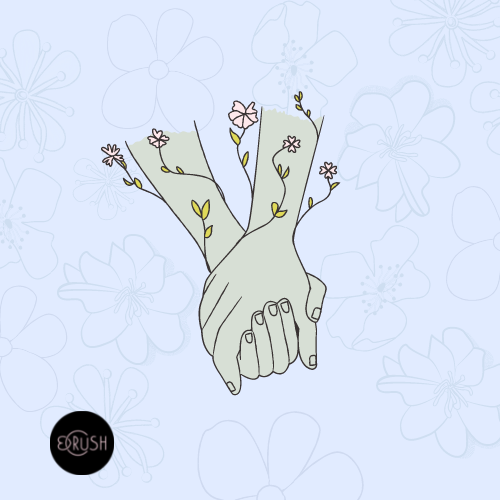 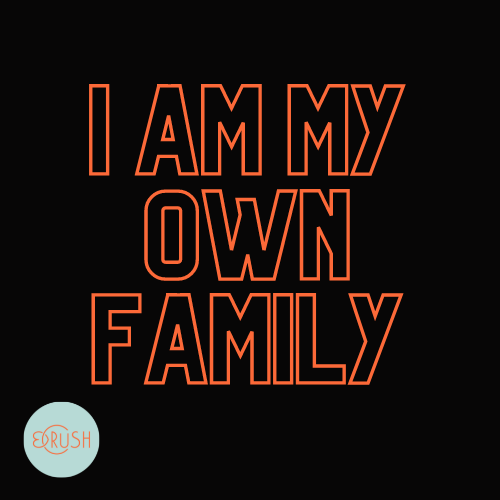